Last Saturday, the New York Post published a scathing opinion piece, “Why New York Times Praises ‘Cancel Culture’ but Skips over Its Own Racist History.” Author Michael Goodwin begins by reporting on a recent article in the Times criticizing Mount Rushmore and the American presidents memorialized there. The article stated, “each of these titans of American history has a complicated legacy.”

Goodwin then transitions to the history of the Times with this statement:

“Yet the Times has never applied to its own history the standards it uses to demonize others. If it did, reporters there would learn that the Ochs-Sulzberger family that has owned and run the paper for 125 years has a ‘complicated legacy’ of its own.

“That legacy includes Confederates in the closet — men and at least one woman who supported the South and slavery during the Civil War. In fact, Times patriarch Adolph S. Ochs contributed money to the very Stone Mountain project and other Confederate memorials the Times now finds so objectionable.”

He goes on, in a 2300-word article, to detail the history of the Ochs-Sulzberger family that took over control of the Times in 1896 and continues to run it today, painting a very unflattering picture.

Knowing that Google has a fondness for The New York Times, I was curious to see how much their bias had affected their search results. I started with a search on Bing for “new york times racist history.” The New York Post article came up ranked #1. Results #s 2, 3, and 4 were also articles critical of the Times, and #5 was an article from the Times about racism. Here’s a screen shot: 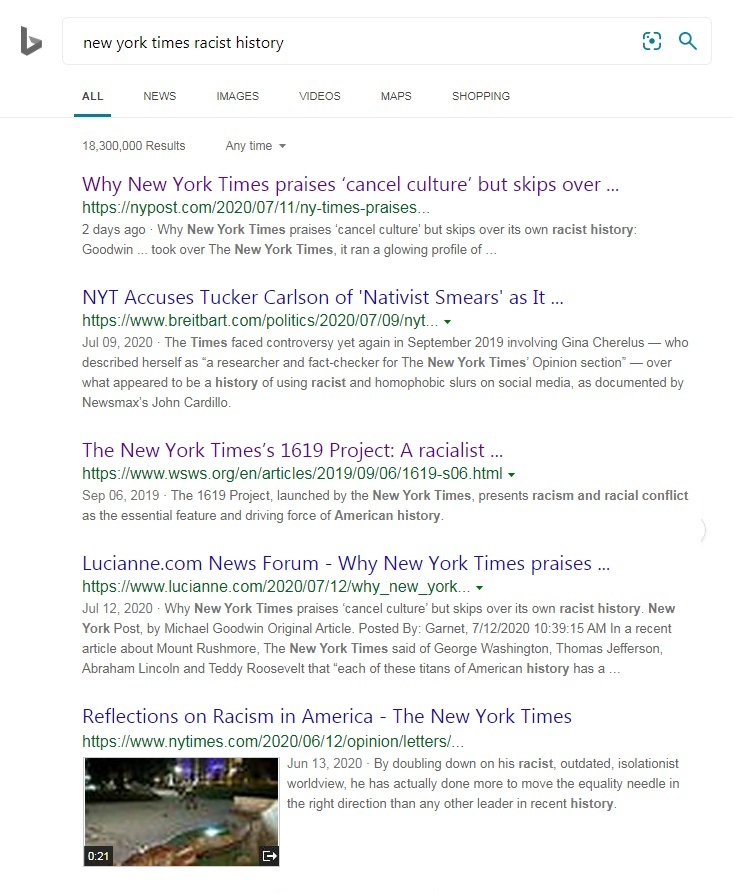 For comparison, I did the same search on Google. I was surprised at how deeply they had buried the critical article. Any reference to this critical article was buried on page 4. Here is the screen shot from page 4 of the result: 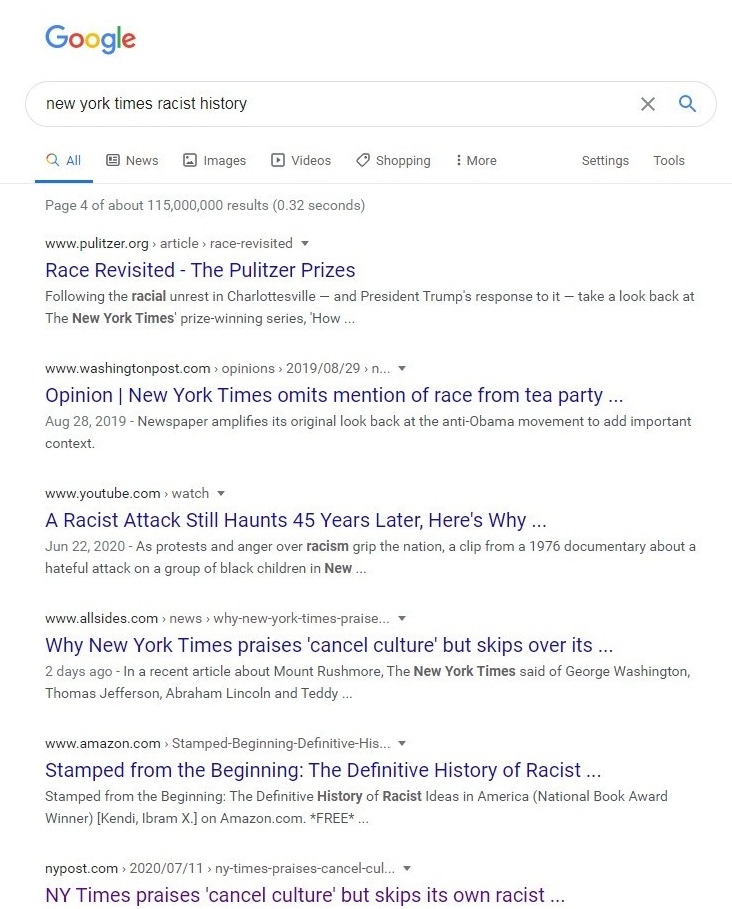 Of added interest, Google ranked the actual article from the New York Post lower than another article from another source about the Post opinion piece. Since the Post is a direct competitor of the Times in the New York market, I wondered if Google has a special animus reserved for them and specifically downgrades their articles. Also, it’s worth noting that in all the search results in the first three pages there was nothing critical of the Times.

For further comparison, I checked the results on Duck Duck Go: 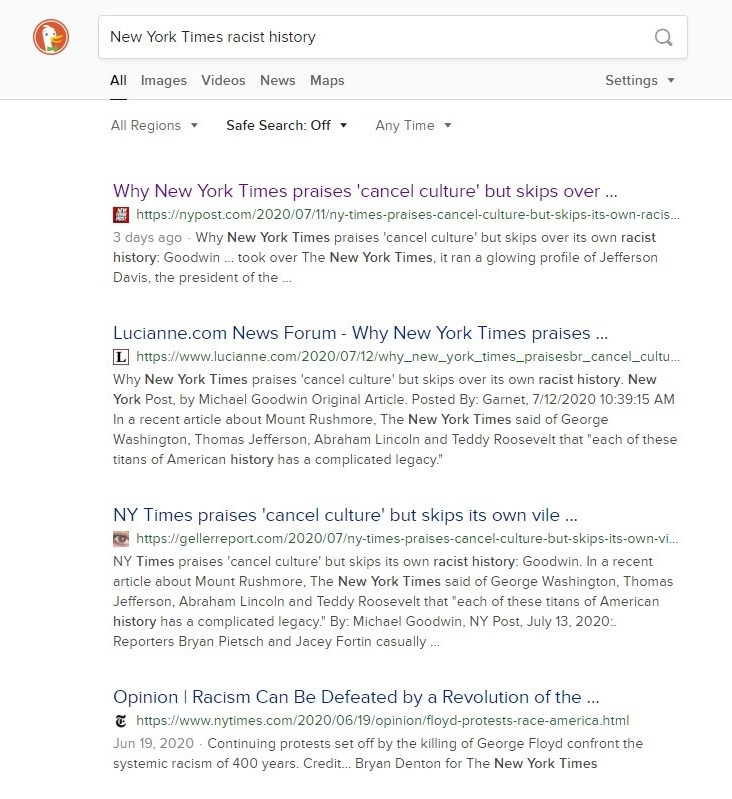 Again, the Post article ranks #1, followed by two other articles critical of the Times, and an article from the Times about racism coming in at #4.

The point here is not the substance of this article, but Google’s application of bias into its algorithm. I wrote about this last December when I covered Google’s Medic Update and showed how Google has decided to manipulate search results in order to achieve certain societal outcomes. It has certain information it wants you to see and other information it doesn’t want you to see. The rankings of some dentists’ websites, unfortunately, appears to be collateral damage in this manipulation of search results.

In that blog post, I covered the rise of DuckDuckGo. At Infinity Dental Web, we have recently decided to give more attention to Bing results also, and have noticed that clients with what we feel are superior websites are ranking well in Bing, while in Google some superior websites continue to be downgraded for no apparent good reason.

David Hall is the founder and president of Infinity Dental Web. He was a practicing dentist for many years and is an accredited member of the American Academy of Cosmetic Dentistry.
Tags: Bing, DuckDuckGo, Google manipulating search results, Google rankings, Michael Goodwin, New York Post, New York Times, racism