What percentage of supposed SEO experts have integrity?

We had a task a couple of weeks ago to try to find a search engine expert in the Los Angeles area for a business colleague who is also in that area. This person wanted to use the expert as a consultant to give an opinion about a research project, and there was a possibility of this expert later being called upon as an expert witness.

We did an Internet search for SEO consultants and said we were interested in hiring them on an hourly basis. This was outside of their usual arrangements, but most were interested. However, then we mentioned there could be a possibility they would later be called upon to serve as an expert witness in a legal matter. We had to wade through maybe a dozen of them before we found one who was willing.

Having been through some several legal proceedings in my life, I have had a number of occasions to deal with expert witnesses in professional, financial, and counseling matters, and even had occasion to be called myself as an expert witness a couple of times in dental malpractice and dentist disciplinary trials. I have never encountered any resistance in approaching anyone to do this, nor did the thought of not accepting occur to me when I was asked. I was rather flattered, in fact, and I was given the rate of pay I asked for.

As I chatted with the lawyer who wanted to use this SEO expert, I told him that I thought the reason there was such reluctance among these search engine optimization “experts” to consider the possibility of taking the witness stand under oath was because they had little integrity and may have feared the legal environment where they would be put under oath and subject to cross-examination. I added that I was surprised that there were so many of them who apparently had a low level of integrity. He agreed with my reasoning and joked that he thought I already knew that. I said that yes, I knew there was a lot of sleaze in our profession, but I was still surprised that it was as much as it appeared to be.

In other words, if you have a so-called expert who realizes that his or her “expertise” is in getting people to believe that they know what they are doing when they really don’t, they would naturally have a reluctance to get into a legal arena. Or, they could be using sleazy (black hat) tactics. I don’t know any other explanation. When I needed an accountant to testify, or a university professor, or a dentist, or a counselor, they just quoted me an hourly rate, we scheduled a deposition if that was part of what was needed, and we arranged for a trial appearance. There was never even any hesitation. But with these supposed SEO experts, the consulting work was all fine and dandy but when we mentioned there was a slight possibility of them being called upon to testify in a court of law, well that was something they didn’t want to do. 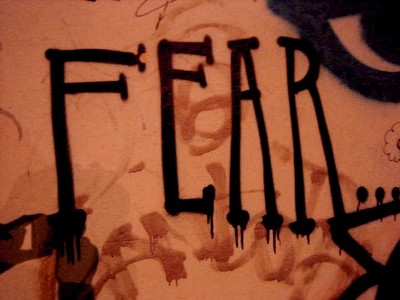 I’m reminded of the scripture in Proverbs 28:1, “The wicked flee when no man pursueth: but the righteous are bold as a lion.” When you are confident of your knowledge or the correctness of your position, there is a natural tendency to be bold. When you are not, you are open to various fears, real and imagined.

David Hall is the founder and president of Infinity Dental Web. He was a practicing dentist for many years and is an accredited member of the American Academy of Cosmetic Dentistry.
Tags: black hat SEO, expert witness, SEO expert, SEO scams, sleazy SEO people