In 1990, Congress passed the Americans with Disabilities Act (ADA) to protect people with disabilities from discrimination. Initially, the law was designed to address physical barriers. But, as is the case with many laws, expansive interpretations began to evolve, and courts are often only too willing to extend its impact. 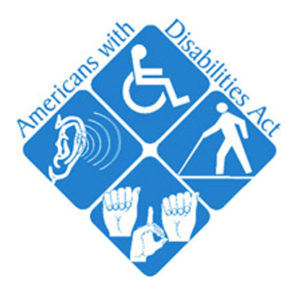 Today, many people believe the law should be interpreted to include any type of barrier to any product or service.

Enter the shakedown artist, an attorney in Texas, Omar Weaver Rosales. A couple of years ago he got together with a wheelchair-bound man, John Deutsch, on whose behalf he mailed out hundreds of threatening letters to businesses in Austin alleging various violations of the Americans with Disabilities Act and demanding payments of from $3000 to $7000 each to settle. This type of activity has been pursued in a number of states around the country. But then Rosales added a new twist that got the attention of dentists and website developers. In late 2016, he decided to target healthcare providers across the state, including some dentists, this time asking for $2000 settlements alleging that their websites were not ADA compliant. (This information came from the website of an Austin TV station, KXAN. Those stories aren’t on their website any more.)

It might be some comfort that this lawyer has run into trouble with the courts for unethical behavior. A local TV station reported that Rosales had been slapped with $176,000 in penalties by the court for some of his behavior in relation to his threatened ADA lawsuits. So with a reputation like that, should we take his threats seriously? Some make the point that in the case of the threats over the websites, Mr. Rosales doesn’t have standing to sue—he is not a disabled person seeking services from the healthcare provider, nor does he represent such a person. The ADA requires that a plaintiff actually have experienced discrimination from the business, which did not occur with any of these health care providers. Additionally, the legal requirements for website ADA compliance aren’t clear, and no dentist has ever been successfully sued for a non-compliant website.

Let’s Get Some Background

To help us get answers, let’s look into some background information. As mentioned above, the law was originally designed to address physical barriers. Interpretations, however, have evolved to include other types of obstacles faced by people with disabilities. In 2010, the Department of Justice announced that it intended to develop rules that would apply accessibility standards to websites. Those rules, however, have still not been announced. Many people have been saying that the rules are expected in 2018. However, with the Trump administration putting the brakes on the issuance of new government regulations, that may not actually happen.

Meanwhile, does the Americans with Disabilities Act actually apply to websites? That’s an open question.

In 2017, a Federal district court in Florida ruled that the Winn-Dixie website violated the Americans with Disabilities Act and ordered the supermarket company to make it accessible to the blind. The grounds given were that the website was heavily integrated with the store’s physical locations, which made it subject to the ADA. But what if there is no such integration with a physical location? Several cases have been moving through the courts in the past year, and preliminary decisions by judges are divided. Some are holding that the website has to be an integral part of the business and tied to its physical location; others are saying that this isn’t necessary.

What Does ADA Compliance Mean for Websites?

The stock answer dentists will get from many website companies is that ADA compliance means that a website should conform to accessibility standards published by the World Wide Web Consortium. The latest edition, Web Content Accessibility Guidelines 2.0, was published in 2008. WCAG 2.1 is due to be released in 2018. The problem with these guidelines is that they are not cut and dried. They are a list of principles that are subject to interpretation. And there are conflicts that need to be resolved. A feature that makes the site accessible for one disability may make the site more difficult for another.

Making a site accessible for the blind is fairly straightforward. But what about a mental disability that makes certain layouts or navigation structures confusing? What about a user with a limited field of vision—what accommodations need to be made for him? Timer features that are important for security purposes cause accessibility problems for other disabilities. And so forth. Add that to the basic question—does the law even apply to websites? There is not yet a clear set of rules that can be applied until Congress or the Department of Justice addresses the matter.

What Are the Penalties for Non-Compliance?

With a government-initiated complaint, the penalty for non-compliance with the ADA is $75,000 for the first violation and $150,000 for subsequent violations. However, in the case of a website, any government action is not going to happen until rules are issued. In the case of a lawsuit by a private party, there is no provision in the law for any monetary award for the plaintiff, though there is a provision for the awarding of legal fees. Supposedly this should remove the incentive for any disabled person to sue unless they have a legitimate grievance. We all know that shakedown artists have their ways of partnering with supposed victims to work around obstacles like this. But it should be helpful to know that monetary damages will not be huge.

So What Should You Do?

Here we need a disclaimer, since I’m not a lawyer and not in a position to give legal advice. But I have talked to the lawyers in my family, and the sense I get from them is that there isn’t currently a cut-and-dried answer to the question. If you have someone trying to scare you into purchasing their services to insulate you against an ADA-related lawsuit, be wary.

The likelihood of anyone winning an ADA-compliance lawsuit against you appears to be slim, regardless of the condition of your website. But if you have experience with the lawsuit business, you know that isn’t enough assurance. There is nothing stopping anyone from suing you, and it could be much cheaper to settle with them than to defend yourself in court. So the object appears to be to make yourself a less attractive target than the next website on the search results page.

Our recommendation at Infinity Dental Web is to be sure that you are compliant with certain accessibility standards that are fairly clear and widely recognized, and that should serve for making you a less-attractive target. First, have alt-text tags for images that will describe the image through reader devices used by the sight-impaired. Then, make sure videos have closed-captioning or transcripts available for the hearing impaired. If they are hosted on YouTube, they will provide the transcript for you. Finally, have a clear and easy-to-follow navigation structure.

And Then Do This, Too

Because of the vulnerability of businesses to shakedown artists, some states are enacting laws requiring a victim to make a complaint to the business first, giving the business a chance to correct any access problems. Only in the case of the accessibility not being corrected would they be allowed file a lawsuit. As dentists, we could ask our dental associations to encourage state legislatures to enact such laws.

David Hall is the founder and president of Infinity Dental Web. He was a practicing dentist for many years and is an accredited member of the American Academy of Cosmetic Dentistry.
Tags: ADA compliance, ADA lawsuits, ADA regulations, alt-text tag, Americans with Disabilities Act, Department of Justice, John Deutsch, Omar Weaver Rosales, shakedown, websites, Winn-Dixie