But Yelp is also powerful and useful.

I have written before about Yelp and have been highly critical. They can be manipulative and bully-like. While they claim no bias based on advertising money, we have several stories from clients that contradict that claim. But I also have a lot of respect for Yelp. They are quite powerful, and that power seems to be growing. When you search on your iPhone, results are based on Yelp ratings. If you have an iPhone, try asking Siri to find you a dentist. You’ll see that results pop up with Yelp reviews. And recently, Amazon announced that it will use Yelp business listings for it’s new Echo search. It’s right on the Amazon website: “We are always adding new capabilities to Echo. Recently, we’ve added local search from Yelp, streaming music from Pandora . . . .”

Dentists, you need to play ball with Yelp. If you don’t, regardless of the legitimacy of your gripes, it will hurt you. Some people actually search for their dentist on Yelp. If you have bad Yelp reviews and you don’t work to solve that by diluting them with good reviews, you will lose patients.

I had a recent experience that made me resolve to use Yelp reviews more. Three months ago, in September, we had one of our two home air conditioning units fail. We called a local air conditioning contractor that I had decided to trust, based on their advertising. We did a stop-gap repair and told them we would call them back in a couple of months to install a new unit.

I won’t bother you with the whole story, just this much. They had given us a quote in September, which I now asked them to honor. But now, over several communications, I got changed stories as to which air conditioning unit needed to be replaced, what size unit we were quoted, and what size we were getting. When the installers showed up with a smaller unit than what I had been originally quoted, but the same price, I sent them home. On doing research, I discovered that they had lied to me about a couple of things.

I should have consulted the Yelp reviews before calling the company in the first place. When I went to Yelp, I discovered that this company had absolutely awful reviews. There were 45 reviews, mostly negative. I should have looked at those rather than just relying on advertising.

I won’t make that mistake again. 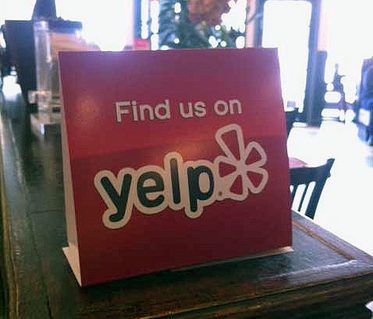 And on the provider side, dentists, don’t you make the mistake of ignoring Yelp. For those of our clients who are using our reputation management services, we are providing Yelp signs for you to display in your office. Our surveys of successful Yelp offices have shown that this is an effective technique for increasing your Yelp reviews while staying within the strict Yelp guidelines that prohibit the soliciting of reviews. If you are being hurt by negative reviews, we can help. Whatever you do, don’t ignore Yelp.

Oh, and the end of our air conditioning contractor story—I picked a new contractor who had strong Yelp reviews. They came, found several errors in what the previous company had proposed to do, and installed a great new system for us.

David Hall is the founder and president of Infinity Dental Web. He was a practicing dentist for many years and is an accredited member of the American Academy of Cosmetic Dentistry.
Tags: Amazon Echo, iPhone search, Siri, Yelp, Yelp manipulating, Yelp Reviews