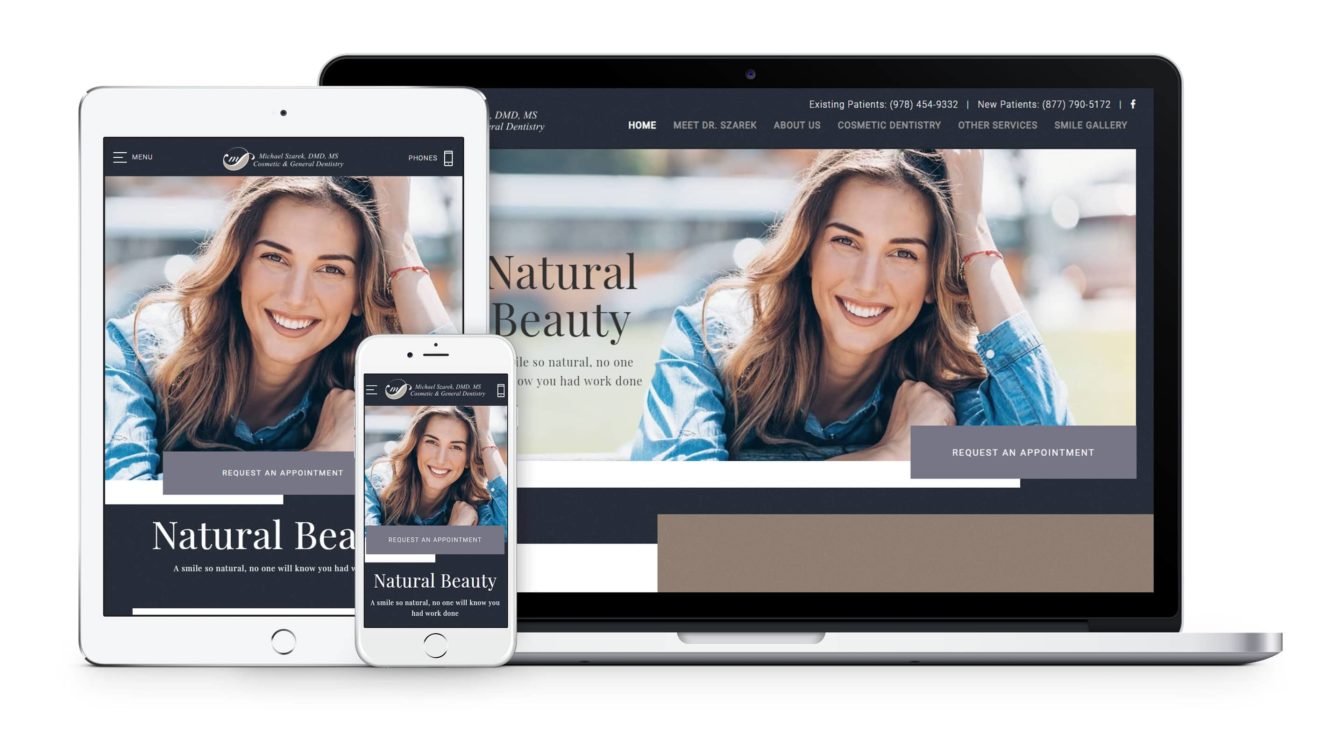 Dr. Szarek runs a cosmetic and general dentistry practice in Lowell, Massachusetts, a city with a population of about 100,000 about 30 miles northwest of Boston. Lowell has a median family income slightly below the national average. While he is accredited with the American Academy of Cosmetic Dentistry, because of the demographics of his market area his practice has provided mostly general dentistry services. He has been our client since 2010. When he started with us, his website was drawing about 130 unique visitors per month. We doubled that within a year and tripled it after two years. In late 2018 we reached about 1000 unique visitors per month. And he has been happy with the quality patients it was bringing him. In his words they were “great cosmetic patients who are well informed and ready to spend money.”

However, a few years later his website design became out-of-date, resulting in a decrease in the quality of new patients. But it took a decision to expand his practice before he was interested in investing in a redesign.

We launched his Premium Aesthetic design in January, 2019. Website traffic and rankings have improved significantly since then. Starting in March, he also saw an uptick in new patients, including an increase in referrals. Many people think that a patient referral is a straightforward process not influenced by other factors. But our experience with clients like Dr. Szarek and feedback from the patients clearly show that referred patients sometimes need a quality website and often also checking reviews to “close the sale” on that referral.